The ice plug concept developed and tested by Geofrost, makes it possible to temporarily close a water filled tunnel. 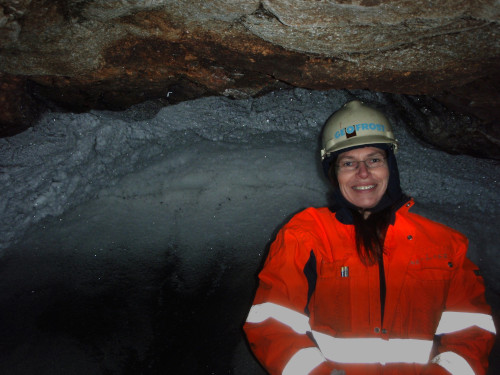 The ice plug concept developed by Geofrost is based on two facts:

The concept is ideal for temporary works in connection with maintenance and refurbishment in water filled hydro tunnels when there is no working upstream gate or other easy way to cut off the water. The ice plug method has a low impact on the environment and is an efficient alternative to cofferdam building or reservoir lowering.

During concept development, both theoretical research and laboratory testing were performed before the full-scale test in one of Statkrafts tunnels.

Full-scale test for the research work was carried out in a bypass tunnel in the Røssåga waterways, situated between Mosjøen and Mo i Rana in northern Norway. In this tunnel, with a cross section of 50 m2, a 6 m long artificially frozen ice plug was holding back the water reservoir. Water pressure equaled a water column of 20 m. When the tunnel was emptied, the plug was loaded horizontally by more than 1 000 tonnes. This load test lasted for one month. Then the ice plug was removed efficiently by thermal erosion (Berggren & Sandvold 1995).

Hålogaland Kraft AS planned maintenance works for Skoddeberg Hydro Power Plant. To be able to do these works, the waterway had to be emptied, but the gateway in the headrace tunnel from the 1950s was leaking severely.

While searching for other solutions, the ice plug concept appeared. Geofrost proposed two different alternatives, one based on brine freezing and one on nitrogen freezing. The more rapid nitrogen freezing was chosen in order to minimize the stop in energy production, although more expensive.

The date for closing down the hydro power plant was chosen to minimize the loss of potential power during the stop and all activities were coordinated and planned accordingly. 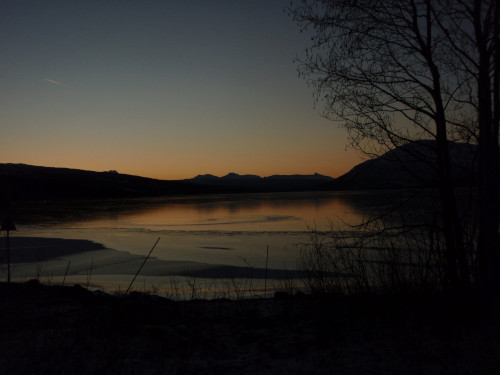 The Skoddeberg lake with the intake whirl in the middle of the picture. Photo: Geofrost

Liquid nitrogen (LIN), with a temperature of -197 °C at atmospheric pressure, was used for the initial freezing. The nitrogen, delivered by tank lorries, boils in the freezing pipes and are then let back to the atmosphere. For economic reasons, nitrogen was used initially and then brine at -40 °C was used for the ice plug maintenance.

When the ice plug had achieved the required temperature and thickness, loading could start. The leaks were large enough to lower the water level downstream in the gateway shaft and the surge chamber. When water surface reached the tunnel level and thus a much larger volume of water was to be removed, a downstream gate was partly opened to speed up the emptying, while keeping a gentle loading rate.

Besides that the leaking gate was to be replaced, some rock support work in the surge chamber had to be done, and an extra turbine was to be installed in the hydro power station. Due to the new turbine, a branching of the penstock also had to be built. All these works, done by the client, were coordinated to be performed as quickly as possible as soon as access was provided by emptying the tunnel for water downstream the ice plug. 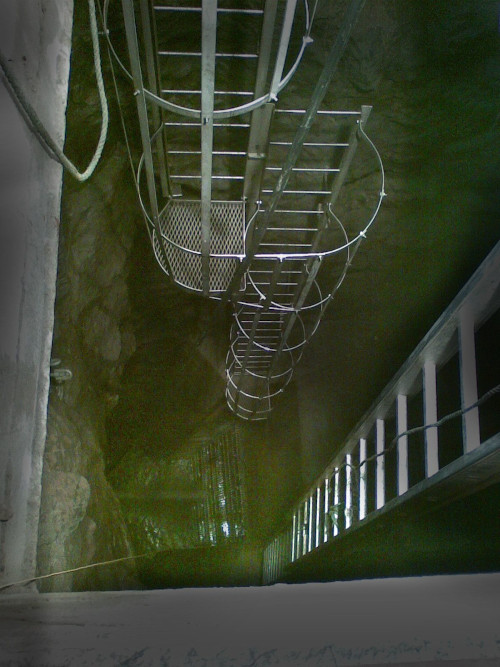 Tunnel entrance down through the shaft nearby the intake gate. Photo: Geofrost

To assure the ice plug was developed as designed, temperature measurements were performed and compared with design calculations and monitoring was continued throughout the maintenance period.

The cold winter months north of the polar circle revealed demanding working conditions. However, works ran smoothly. As shown in the time schedule, the power plant interruption was only 6 weeks, whereas only 2 of these weeks were needed for establishing and removal of the ice plug.

The cofferdam solution would have been approximately 3 times as costly as the ice plug. In addition, weather conditions turned out so badly that the cofferdam solution would have been impossible to carry through that winter. Heavy rain in late autumn resulted in a full reservoir when it was supposed to be at the lower regulation level. The execution ran smoothly and the project was completed 3 weeks earlier than planned.

Geofrost has developed an ice plug concept for maintenance works in hydro power plants. The research project proved that the concept was feasible, and this case history has proven commercial benefits. Apart from being safe, the ice plug concept is predictable in time and cost.