Waterproofing soil with grout does not work

Pregrouting in rock is a well-known method to control water and stabilize fractured rock. This is the dominating mitigation in tunneling in Norway where major parts of the tunnels are in hard rock. However, applying the same method in soil for waterproofing does not work. 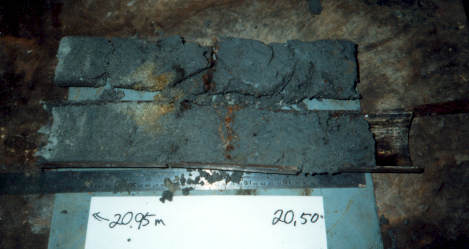 Grouting in rock fissures and fractures

The fissures may be regarded as a two-dimensional plan where the rock on each side gives confining resistance to grout penetrating it. The further from the injection point the larger area to cover and the pressure drops accordingly resulting in range limitations. The different grouting mixtures have different particle sizes and therefore different possibilities to penetrate the smaller/finer/thinner fractures. The grout goes where the resistance is least, larger fractures before smaller, smooth and plane fractures before rough and winding ones, all the time seeking the less hydraulic resistance. Grouting in general works very well, if dealing with fractures in rock.

Grouting in soil for other purposes

On the European continent, grout in frictional soil is used for many purposes, but not for waterproofing and stabilization of excavations below groundwater table. It is distinguished between grout compressing the ground (compaction grouting, hydraulic fracturing) and grout without deformation in initial grain structure (permeation grouting, fissure grouting, bulk filling).

Grouting in soil for waterproofing

The pores in soil are the space between each single mineral grain. These are connected to each other through narrow passages, where there is no direct contact grain to grain. The pore volume in soil may be regarded as a three-dimensional space. When the grout is to be spread in the three-dimensional space instead of in a two-dimensional fissure, the pressure drops much faster as distance from the source increases.

The grout, which follows the path of least resistance, will have large problems dividing and distributing evenly to cover all empty spaces.

When the ground does not absorb the grout, the desired effect is not achieved. In sand and finer soils, it is impossible to force the grout into all the small pores with pressure. If the pressure is increased, splitting may occur, and the grout follows the crack instead of being distributed into the pores.

Not even grout with ultrasmall particles or viscous fluid/gel works for waterproofing of soil. The permeability stops it. With a permeability of 10 -3 cm/s (typical for medium sand), and a hydraulic gradient of 1, even water will not be able to penetrate further in than 3.6 cm/hour. The result is mainly compression.

It is generally difficult to grout in soil and impossible to ensure even distribution in the soil with a waterproof result.

Even though grouting can reduce leakages to be handled by pumps, it is not the right method to maintain the pore pressure outside the excavation where it is important to avoid settlements. The grout may compress the ground by splitting and increase stability above the groundwater level, but below it cannot exclude washout and collapse. 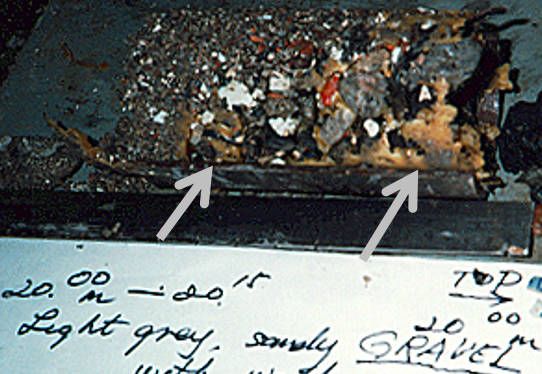